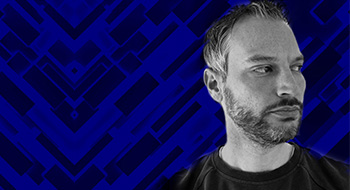 Robin Meure is not new to the scene. At the age of 19 he went to the infamous ClubRisk parties at the Winkel van Sinkel in Utrecht, getting educated and learning what house and techno music was all about. He started at the age of 39 producing electronic music. In the past he already released several records with different record labels and also a few tracks of his own are on the major streaming platforms and bandcamp.

Robin produces a wide range of electronic music, from ambient to techno, and mostly with a 303 (twist) thrown in. He does not like to bound himself to a specific genre or style, but rather take the old school holistic approach that everything that sounded somewhat electronic was regarded as house music. He’s heavily inspired by artists like Josh Wink, Underworld, Orbital, Speedy J, Masters at Work, Dubfire, Richie Hawtin and Laurent Garnier. 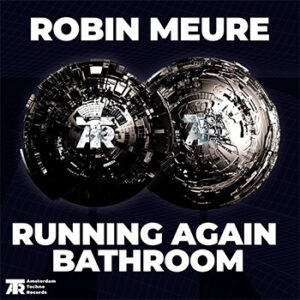 Running again:
This time I was looking for something a bit more hard/aggressive, hence the strong kick and crazy 303 lines. This because I could run fast again after having an injury/pain at my achilles heel, hence I could let go some frustration using this track (and thus also hence the name of the track).

Bathroom:
The idea behind the track was to create the ‘higher state’ feeling by adding the 90’s type of string in there to lift you up and trying to give you a nostalgic and warm feeling. The title of the track comes from the fact that during the creation of this track I was renovating my bathroom. 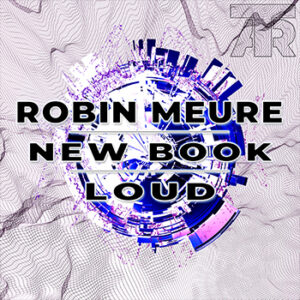 New Book
Robin wanted to create something similar sounding as the previous track, during the creation of this track he received his new SurfaceBook, so hence the title. A new Book 😉 The idea behind creating something a bit similar is that he could release these two tracks as a pair where they could complement each other.

Loud
The idea behind the track was that Robin was getting inspired by listening to Speedy J’s (classic) Loudboxer album again, and it brought so much memories back. And thus, he went on and found a very cool techno rumble sound in one of his favorite plugins of NI called TRK-01. From there on, Robin wanted to maintain a high level of energy in the acid line throughout the track. As you may have guessed, the title of track was inspired by the name of the album by Speedy J.

We use cookies on our website to give you the most relevant experience by remembering your preferences and repeat visits. By clicking “Accept All”, you consent to the use of ALL the cookies. However, you may visit "Cookie Settings" to provide a controlled consent.
Cookie SettingsAccept All
Manage consent

This website uses cookies to improve your experience while you navigate through the website. Out of these, the cookies that are categorized as necessary are stored on your browser as they are essential for the working of basic functionalities of the website. We also use third-party cookies that help us analyze and understand how you use this website. These cookies will be stored in your browser only with your consent. You also have the option to opt-out of these cookies. But opting out of some of these cookies may affect your browsing experience.
Necessary Always Enabled
Necessary cookies are absolutely essential for the website to function properly. These cookies ensure basic functionalities and security features of the website, anonymously.
Functional
Functional cookies help to perform certain functionalities like sharing the content of the website on social media platforms, collect feedbacks, and other third-party features.
Performance
Performance cookies are used to understand and analyze the key performance indexes of the website which helps in delivering a better user experience for the visitors.
Analytics
Analytical cookies are used to understand how visitors interact with the website. These cookies help provide information on metrics the number of visitors, bounce rate, traffic source, etc.
Advertisement
Advertisement cookies are used to provide visitors with relevant ads and marketing campaigns. These cookies track visitors across websites and collect information to provide customized ads.
Others
Other uncategorized cookies are those that are being analyzed and have not been classified into a category as yet.
SAVE & ACCEPT